I was injured in a car accident what do I do? 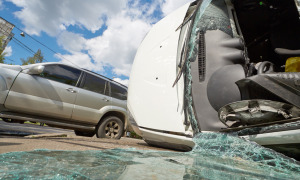 If you’ve been injured in a car crash or car accident than you’ve probably been to the hospital and if sever enough you’ve lost work and wages while accruing debt from hospital bills.  In severe cases or a more gruesome car accident you may have to go through rigorous physical or rehabilitation therapy or even surgery.  You’ve been out of work, your savings is gone and now you need to restart your life and it will probably be tough.

Bills, loss wages, pain and suffering should be enough for you to contact an experienced attorney to where they can help get you back to some type of normalcy.  The statute of limitations in Arizona for a personal injury lawsuit is 2 years, so before the two year mark of your injury (of any kind) you’ll need to file suit from your car accident.

It’s ok, take a deep breath. Arizona and 12 other states recognize the Pure Comparative Fault Rule, which is defined by even if a party is 99 percent at fault the recovery can be sought after, however the percentages of recovery will be reduced based on the degree of fault.  Other states however have a much more strict law that states that even if you are 1 percent at fault you will not recover any damages.  Fortunately Arizona is not one of those states.

Have you been hurt in a car accident in Arizona and you or the other driver does not have car insurance?  Read our article about what you should know.

Whether you’ve been seriously injured in a car accident or someone you love has been, its always best to speak to a qualified, expert attorney who will help fight for your rights and what you’ll need to live a somewhat normal life.  If ever a time comes when you need The Wesbrooks Law Firm, we’re here for you.  Schedule a consultation today to speak to an attorney.